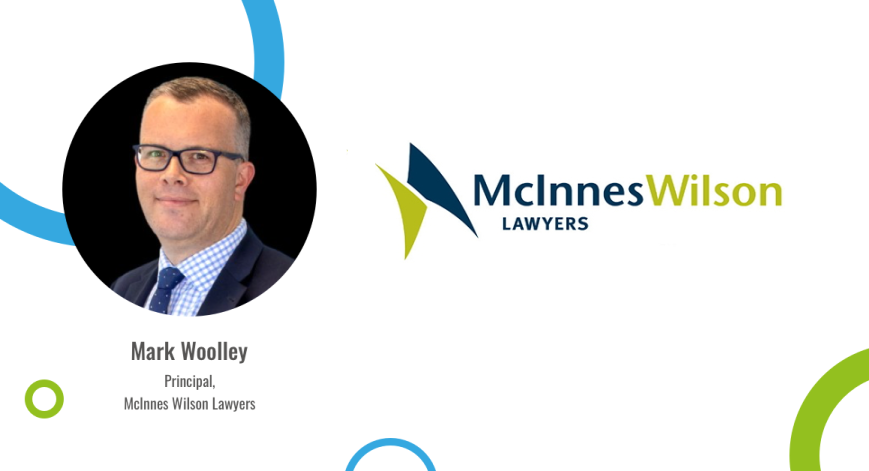 McInnes Wilson Lawyers – One step ahead of the competition

Staying ahead of the game

In the world of commercial law, it pays to be prepared. Perhaps more than any other, this is an industry in which knowing your target audience really does matter. Understanding what makes a potential client tick can make all the difference when it comes to winning that critical tender bid – or being pipped to the post by a competitor who simply did a better job of their homework.

McInnes Wilson Lawyers are a large, multi-disciplinary firm with offices throughout Australia. Their corporate and commercial teams act almost exclusively in transactional matters, working with thousands of clients every year whose businesses range from small enterprises to major private and listed companies.

For McInnes Wilson, referral networks are their lifeblood – and the source of 90 percent of their work. However, with large teams spread across multiple geographical locations, keeping everyone abreast of every referrer relationship manually, was simply unachievable. They needed a way to make sure that they didn’t miss a beat when it came to winning business.

As one of the first firms to pilot with Client Sense, McInnes Wilson’s journey has been a transformative one. Not only are they now taking full advantage of their networks and winning more work – they have also taken things a step further, championing the system as a proactive tool to really stay ahead of their competition. What’s more, they’ve even been the catalyst for some useful adaptations to the Client Sense model along the way.

Fail to prepare – prepare to fail

“We’ve had two or three tenders now where Client Sense has revealed that we had staff in other McInnes Wilson departments (and sometimes, entirely different offices!) with connections to very senior people in our target organisation. Their insights made all the difference when it came to securing a successful bid.”

A thriving network should be a blessing – but for the McInnes Wilson team, it had become a curse. With multiple divisions in their commercial group operating more or less independently from one another, there was nonetheless a lot of cross-over when it came to their key referrers. It was not uncommon for a single organisation to regularly provide work to five or six separate divisions within the team.

With no centralised system, it was typical for each lawyer to run separate communications with one referral agency, with little or no coordination between them. As well as creating a somewhat chaotic external relationship with the referrer, this meant that an abundance of “insider knowledge” was going to waste when it came to bidding on their work.

From day one of their Client Sense journey, McInnes Wilson turned what had previously been an obstacle (their large and diverse team!) to their advantage. Because every interaction between any staff member and any referrer was now logged by the system, a wealth of information was suddenly available to any staff member when preparing an approach. If a prior relationship existed, there was no longer any chance of it being missed.

Now, when McInnes Wilson prepares a capability statement or tender response, their first move is to use Client Sense to check whether anybody else in the firm has an existing relationship with the target organisation. If they do – it’s great news. Following up on the lead often leads to gems of insight, which in turn end up dramatically strengthening their proposals.

“We aren’t naive enough to think that we are the only people our referrers work with – it’s the nature of the business. But we know that if we can keep ourselves at the front of their minds, we’ll start to reap the rewards.”

McInnes Wilson had strengthened their hand when it came to their work opportunities – but there was a problem. Sometimes, searching up a target client through Client Sense did not yield good news. Despite a contact being of value to the firm, staff would discover that nobody had been in touch with them in months. The upshot? However much they prepared coming into the bid, they were probably not going to be top of that referrer’s radar.
The issue was clear. For truly fruitful business relationships, McInnes Wilson needed to nurture their contacts on a regular basis, and not just when a tender opportunity popped up. Historically, this had been a function of individual “silos” across the firm – individual lawyers would stay ahead of their own referrers as best they could, based on their own priorities.

With personal reminder systems ranging from individual to do lists to sticky notes on the wall, it was no surprise that things were getting missed. And to make things more complicated, most of McInnes Wilson’s referrers are not individuals – they are large organisations with 20 or 30 of their own specialist contacts to be managed.

That’s when McInnes Wilson realised that by sharing the burden through Client Sense, they could cover all of their key referrer bases easily. They assigned every staff member their own dedicated contacts, with each setting up customised reminders prompting them to pick up the phone to their “person” on a regular basis.
The effect has been dramatic – now that someone, somewhere in the firm is always on top of every key contact, it is far more likely that McInnes Wilson will be thought of favourably when the time comes to submit that all-important bid.

“Client Sense has been adopted firm-wide far more easily, and more readily, than any other programs we have tried to use in the past – simply because of how easy it is to use. It has truly transformed the way that we manage our internal business development.”

It’s not the first time that McInnes Wilson has tried to implement a program to keep up with their networks. However, their staff say that past efforts haven’t really worked out – mainly because other systems that they’ve tried have been too heavily reliant on user input.

After catching up with a key client or referrer, staff would have to physically enter the details of their every interaction into the system in order for it to be logged. With fee earners’ days already packed to the brim with billable hours and deadlines, this amount of additional administration simply wasn’t realistic, and uptake was sporadic at best.

McInnes Wilson say that this is where Client Sense has been a game changer, removing the “thinking” from the process. Now, when they call or email a contact, the system populates the data automatically, without them having to lift a finger. It even auto-updates contact information from emails, meaning that the firm always stays up to date.

Being user-friendly, Client Sense has been adopted by professional staff at all levels of the firm, from graduates to partners. Checking through the system to prioritise contacts has become a permanent item on the agenda in commercial division business meetings. Staff agree that its ease of use has been essential to its success.

As one of the early adopters of Client Sense, McInnes Wilson have worked collaboratively with the platform team from the outset, feeding back on everything from the user interface to specific functionalities. They attribute much of their success with the system to the support and enthusiasm that they have received from the Client Sense team.

As McInnes Wilson continue to fine tune the way that they use the platform, they have even suggested additions and adaptations to help them make the most of it – and Client Sense have been more than happy to oblige. So far, they’ve built in custom functionality to allow staff to add (and remove) new contacts immediately after the first meeting, so that new relationships are set up to succeed right from the get-go.

The firm also works with some clients whose sensitive information protocols mean that they cannot be included in any open database – this was no problem for the Client Sense team, who have modified the system to keep certain email addresses unsearchable to protect their privacy.

Today, the McInnes Wilson team continues to explore the full capabilities of the system, and the Client Sense team are still innovating and pushing the limits of what their technology can achieve. For both sides of this partnership, the journey is far from over.

“The volume and breadth of referrals that we receive has measurably improved since our introduction of Client Sense – and we’re still just getting started. We’re excited to see where this technology takes us in the future”.

We use cookies to ensure that we give you the best possible experience on our website. Continuing to use this site acknowledges your acceptance.Ok